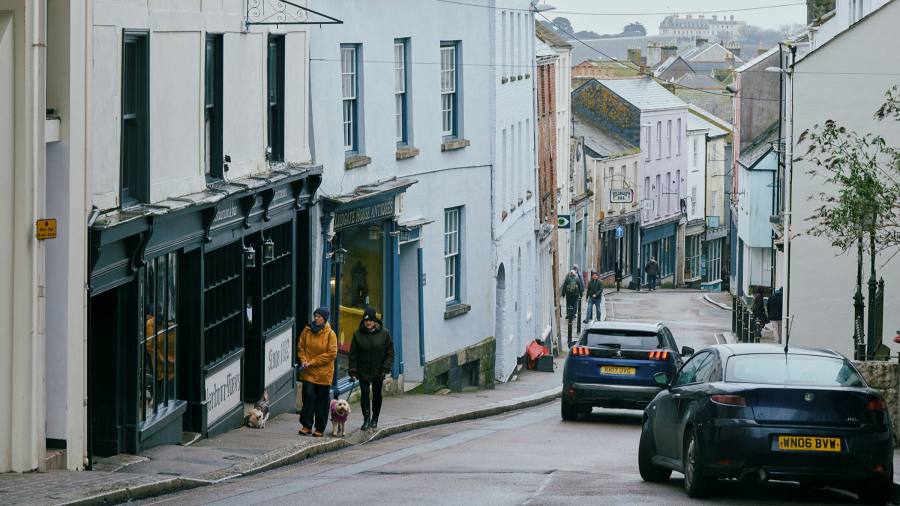 Almost half of UK small businesses have warned that rising costs of doing business in the UK will dampen growth this year, according to a survey by the Federation of Small Businesses.

The group, which represents the interests of nearly 5.5million UK small businesses, said operating costs had risen for nearly nine in 10 businesses compared to the same period last year.

More than half blamed rising fuel and utility costs, while more than a quarter said tax hikes had started to bite following increases in National Insurance rates and issue of new business rate invoices this month.

The majority of small business owners said they were also operating below capacity due to global supply chain disruption, labor shortages and rising wages.

Small businesses are expected to be particularly hard hit by rising costs, with many operating on consumer-like utility contracts given their size and lack of resources compared to larger competitors.

However, overall confidence remained in positive territory at +15.3 for the first quarter, meaning that more small business owners expected their business performance to improve in the next quarter.

The combination of the pandemic and Brexit has also forced the number of small businesses exporting to a two-year low, with the FSB saying many were considering ‘halting international sales’.

The survey will worry ministers given a wider decline in business confidence across the UK. Officials are hoping for a business-led recovery from the economic woes caused by Covid-19 lockdowns, which have forced many businesses to close for months at a time.

Instead, war in Ukraine, rising inflation and other costs have slowed business activity, with business leaders warning of another lost year for the UK.

Martin McTague, National Chairman of the FSB, said: “The small business community has shrunk in size to the tune of hundreds of thousands during the pandemic. With the current drop in Covid numbers, this summer must be when we start to reverse that trend – policymakers should do all they can to facilitate and encourage start-ups and side hustles.

The FSB surveyed 1,211 small business owners and sole traders in March and April 2022.

Overall optimism was bolstered by the recovery of businesses in the accommodation and foodservice sectors, to +16.5, which are finally able to trade freely after the relaxation of travel and lockdown rules. Information and communication companies, at +32.1, were the most confident, with many adapting quickly to hybrid working and the growing need for digital services.

But the overall confidence figure was down 12 percentage points from the same time last year. Among the most negative were manufacturing, wholesale and retail businesses given rising operating costs, supply chain disruption, labor shortages and declining consumer confidence.

A fifth of small business owners said they would increase their workforce in the coming months, but around two-thirds said they had already been forced to raise wages – a two-and-a-half-year high.

One in eight small exporters said they had temporarily or permanently halted sales to the EU, and a further 9 percent were considering doing so.

“As things stand, spiraling costs are eroding small business margins at a rate many have never experienced before, while absences from the workplace make it difficult to operate at full capacity in a market tense work,” McTague said.

“At the same time, new red tape and supply chain disruptions are weighing on our importers and exporters, and an endemic culture of poor payment continues to destroy thousands of people every year.”