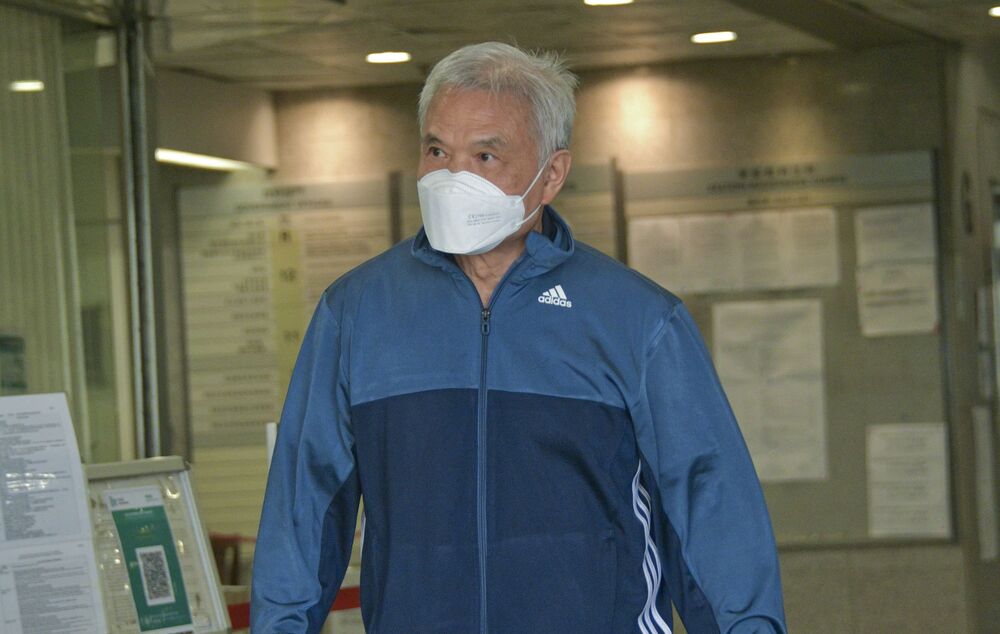 Edward Wong Kwong-wing, nicknamed “Small House King”, has been charged by the Independent Commission Against Corruption along with Yuen Long District Councilor Ching Chan-ming for conspiracy to defraud the Land Department over a period 14 years old for a small house in Yuen Long. real estate development project.

The ICAC said its investigation found that Wong’s company, Wing Smart Construction, allegedly received more than HK$1 billion over 14 years for the sale of 115 small houses in the private sector between 2005 and 2019. .

Wong, 72, a lawyer who operates Wing Smart, and Ching, 65, an indigenous representative from Shui Tsiu San Tsuen, are jointly facing one count of conspiracy to defraud.

The couple appeared in Eastern Magistrates Courts on Wednesday before Magistrate Leung Ka-kie for citation. They did not plead guilty, and Leung adjourned the case to July 25 for further investigation by the prosecution and to seek legal advice.

Leung granted bail for Wong and Ching of HK$500,000 and HK$200,000 respectively. They are not allowed to leave Hong Kong and must surrender their travel documents. They are also required to reside at a specified address and report to a police station twice a month, while they cannot approach prosecution witnesses.

The ICAC alleged that Ching started the development of a small house project in Shui Tsiu San Tsuen village in Yuen Long, buying the “Ding Rights” from the native inhabitants around 1996.

According to the New Territories Small House Policy, each indigenous male villager aged 18 or older can exercise his “Ding right” once and apply to the Land Department to build a small house in the village for his own labor, but the “Ding right” is not transferable.

In March 2005, Wong’s company, Wing Smart, reached an agreement with Ching appointing him as its trustee to jointly develop the tiny house project. Ching then continued to buy more “Ding rights” from the native inhabitants and arranged for them to apply for building permits to build small houses in Shui Tsiu San Tsuen.

They were charged with conspiring together and with others to defraud the Lands Department between May 2005 and May 2019 by making false statements to induce the Director of Lands and his officers to act contrary to their public duty to Grant building permits to applicants who have applied for building permits to build tiny houses under the New Territories Tiny Houses Policy.

The ICAC said the two men allegedly falsely stated that each of the building permit applicants was the sole legal and registered owner of the respective land in Shui Tsiu San Tsuen for which they were applying for building permits.

It is also alleged that the couple falsely stated that the claimants had never entered into any agreement or arrangement with anyone to transfer or otherwise deal with their respective lots of land or any interest.

The plaintiffs had never made and did not intend to make private arrangements to have their rights under the policy sold to another person or promoter.

The anti-corruption watchdog also disclosed that a number of small houses were built in Shui Tsiu San Tsuen and sold to the public at market prices ranging from HK$9 million to HK$13 million each under the name of a private domain between 2005 and 2019.