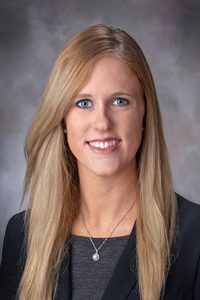 The state would expand a federally funded economic development grant program focused on small communities in Nebraska under a bill heard Feb. 14 by the Credit Committee.

LB1210sponsored by Sterling Sen. Julie Slama, would direct $10 million in federal pandemic relief funds allocated to Nebraska to the state Department of Economic Development to expand the grant program.

Slama said the average small business in the United States has seen its revenue decline by 50% during the pandemic, and small businesses in Nebraska have faced similar challenges.

In addition, she said, many Main Street businesses in small Nebraska communities are in historic buildings that require upkeep – work that won’t happen without help, given the weak margins in which these companies operate and the revenue losses they have faced over the past two years.

“A lot of our great communities in Nebraska are very lucky to have people whose job it is to seek out the different grants, the different funds available to invest in their communities and it shows,” she said. “[Smaller communities] just don’t have access to someone who can research those kinds of resources.

Kristen Hassebrook of the Nebraska State Chamber of Commerce and Industry testified in support of the proposal, saying Main Street businesses were among the hardest hit by the pandemic.

“These are the same businesses across the state that are at the heart of our communities,” she said, adding that LB1210 could “bridge the gap” until those businesses are able to fully recover. of the pandemic.

Auburn City Administrator Crystal Dunekacke also testified in support on behalf of the City of Auburn and the Nebraska Economic Developers Association. Nebraska’s smaller communities have limited access to the state’s available economic development tools, she said, and all 117 second-class cities and 380 villages would benefit from the grant program.

The pandemic has reduced travel and tourism in the state, Dunekacke said, resulting in less traffic in smaller communities. Additionally, daycare and school closures further limited an already depleted workforce, as workers had to stay home and care for children, she said.

“When you fundraise for small communities, we pool our dollars — match those funds — and put those dollars to work in our communities,” Dunekacke said.

The committee took no immediate action on LB1210.

Libertyville solicits input from the business community through breakout sessions