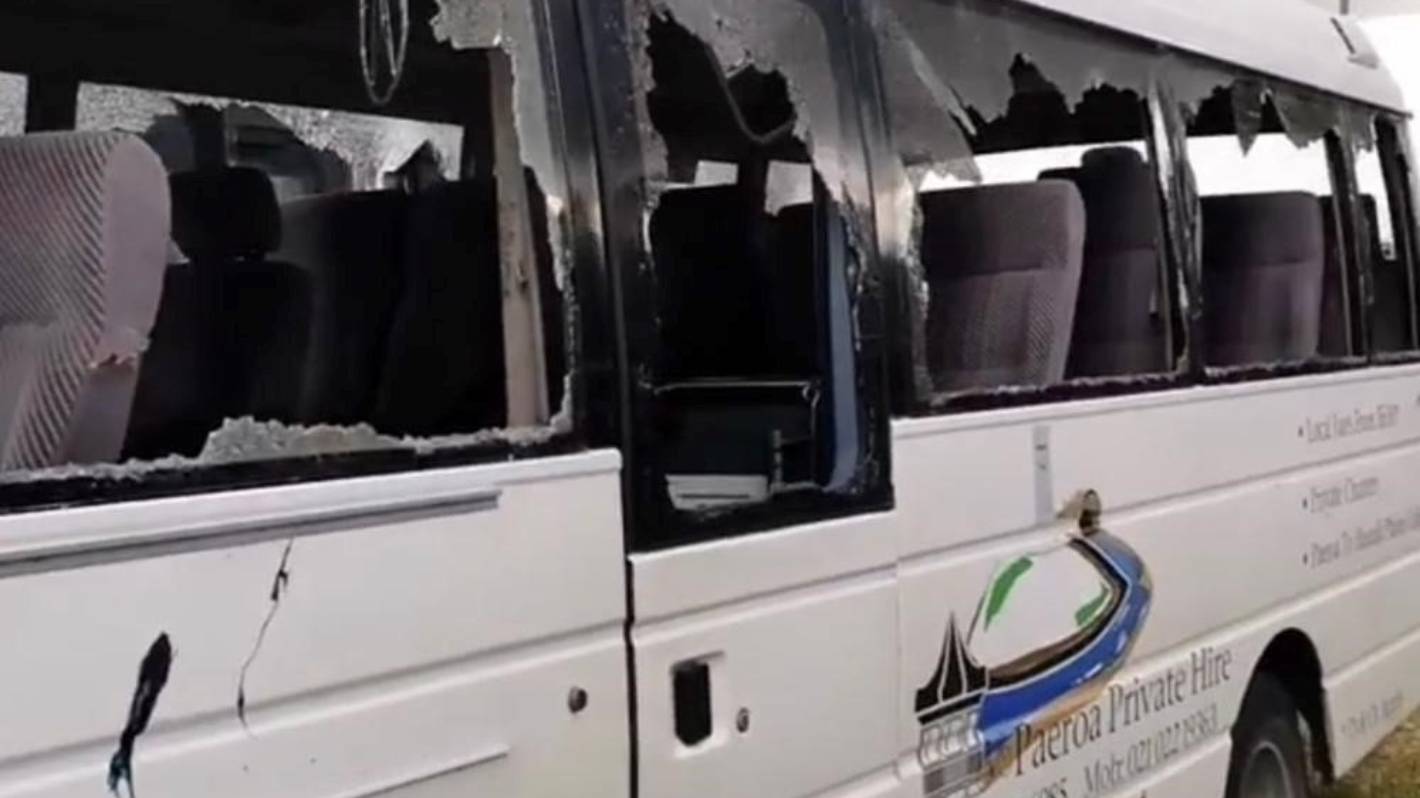 One of the Paeroa Private Hire buses could end up being written off after smashing all the windows, owner Deane (Dee) Olsen said.

Armed with stones and a steel pole, a group of young people from Paeroa joined the city’s school bus fleet.

Paeroa Private Hire owner Deane (Dee) Olsen, who for 10 years has made sure that the children of the small town of Waikato get to school safe and sound, was mortified when the police called her in. its fleet of taxis, shuttles and school buses at 5.30 p.m. last Friday.

There, she found the windows of the three buses smashed by stones, tagged with name-calling, strewn property and a large steel pole protruding from the windshield of a new bus she had had for three weeks.

Much to Olsen’s horror, those responsible were a group of children ages 9 to 12, some of whom she knew from her bus ride.

READ MORE:
* Repair work on the vandalized square of Timaru has stalled
* Vandals leave an unwanted trail of graffiti on Main Street in Morrinsville
* Child safety on school buses should not be left to chance, says petitioner

“One of the buses, the first small bus I had that is used to take the children to kindergarten, I hope they won’t erase it because it needs to be completely re-upholstered and covered. carpeted from the rear windshield to the front. Every window was smashed, “she said.

She said the buses are used to transport just under 140 children each day.

“[The vandals] were found right away, â€she said.

“I know some of them, they’re not bad kids, and that’s the hardest part … Honestly, I don’t know what appealed to them.

“I never did anything to them or their families, so I can’t understand it.”

Olsen has damage insurance and, despite what the kids have done, she doesn’t want people to think less of them.

She is concerned that someone has written sexually-oriented graffiti on the back of a bus.

“I’m afraid one of them was hurt because they’re young kids, so why the hell would they write something like that?” ” she said.

Rather than punishing young people, she would like to see them discover the hard work it takes to run a business.

“I think these kids should be made to make a garden and prepare the soil, just like I had to start my business from scratch and then plant tomato plants because they produce quickly but they will have to take the time to grow them. ” she said.

â€œIt will show them that if they do the job, they will be rewarded for it. “

A Givealittle page has been set up to help cover the excess to repair buses and Olsen is blown away by the support from the community.

â€œWhen I started my business, I started it because I wanted to help people, but I didn’t realize the impact it had until it happened,â€ he said. she declared.

â€œThe support was just exceptional, it humbled me.

â€œI always tell people that I love my small town and I love it. We will go from there.