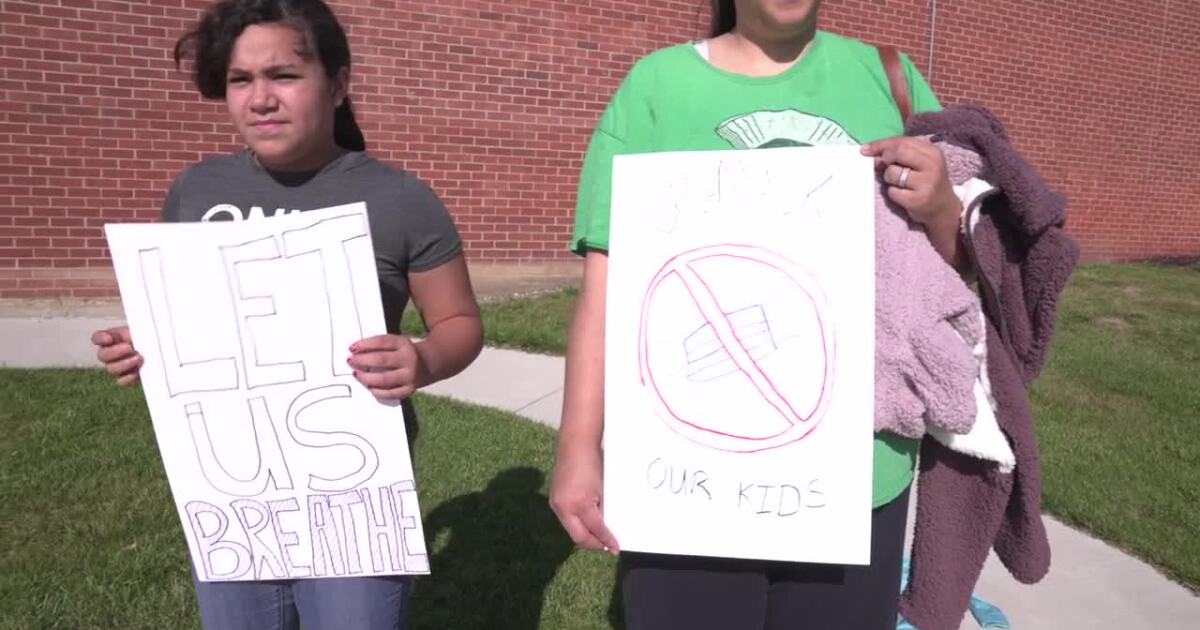 DANSVILLE, Michigan – A small group of parents and students gathered outside Dansville Middle School on Friday morning to protest against mask warrants in schools.

“We are here to protest the masks because we believe we have a choice between what to wear on our face and what not to wear,” said Jared Bristle, a Dansville public school student who has attended the demonstration.

The protest was one of many protests across the country. Bristle said he joined because he hoped school officials would give students a choice over masks.

“As if people want to wear masks, they can wear a mask but if you don’t want to, I feel like you have freedom. It’s important because it’s just against our freedom,” did he declare.

An order from the Ingham County Health Department requiring masks in schools went into effect on Tuesday, although many schools in the county had requirements in place earlier.

The group on Friday morning included three parents who organized the rally on Facebook and a dozen students. The group brought signs and stood in front of the superintendent’s office.

A student named Adrianne, who participated in the protest and requested that we only use her first name, drove the students into the park in the back of a truck.

She said it was difficult to play sports with a mask on.

â€œI play cross country and track, and at one point they tried to make us wear masks immediately when we stopped running, and that caused so much trouble. I know there is at least one child who threw up and almost choked on her because she was wearing the mask, and it’s just not safe for any of us, â€Adrianne said.

An Ingham County Sheriff’s Deputy came over and spoke to the group in response to students driving around the school without seat belts. He told the participants that they could express their thoughts but that they could not drive in an unsafe manner. Neither parent was willing to speak into the camera for fear of repercussions. But the students explained why they were there.

“I’m here today just because I don’t want to wear a mask anymore and I don’t think this mandate is fair because our school only has one COVID case,” said Jenna Schild, a student and participant at the event.

The Ingham County Health Department has confirmed the only case at Dansville High School.

Keep in touch with us anytime, anywhere.

Sign up for newsletters sent by email to your inbox.

How Small Group Collaboration Can Get Big Results