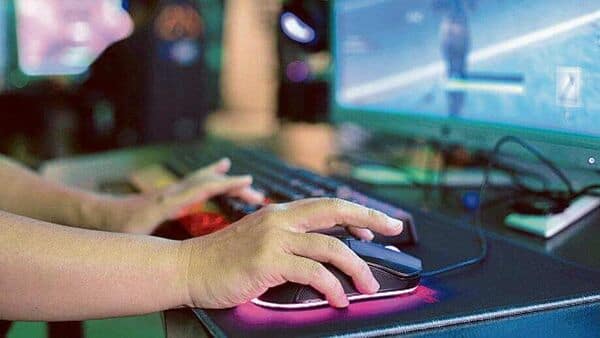 Another youngster, Zaid Afsar from Pratapgarh district in Uttar Pradesh, was a member of one of the twelve teams that recently reached the Indian final of the World eSports Cup 2021. Afsar started playing casually in 2018 and is recently become a professional player.

Shafiq and Afsar are just a few examples of the hundreds of young people from small towns and villages who are transitioning from casual to professional gaming or pursuing other gaming career opportunities such as coaching, shoutcasting, managing eSports teams, or even setting up their businesses.

Shafiq started his company in 2020. “I started my eSports organization to provide a platform and resources for my friends and gamers who wanted to pursue professional games. Most of the players now come from small towns,” Shafiq said.

His organization has listings in PUBG Mobile for South Asia and UAE regions. For India, it has rosters for Battlegrounds Mobile India, which TSM India, an eSports body, acquired in March 2021. Following the ban of PUBG Mobile in India in 2020 due to security concerns, the company South Korean gaming company Krafton had to launch an India-only version of the game called Battlegrounds Mobile India.

Interest in small town gaming has skyrocketed after the coronavirus outbreak.

“The pandemic has given a significant boost to the gaming industry across the globe, and India is no exception. Internet penetration, affordable PCs and smartphones, and a young, tech-savvy population have further fueled this growth,” said Vinay Sinha, General Manager, Sales, AMD India. “The gaming community in India is vibrant, connected and highly engaged with the ecosystem and the market. game to Tier II and Tier III cities,” Sinha added.

Big tech companies, such as chipmaker AMD and laptop and gaming device maker Asus, are also actively working with gamers in India. In January last year, Asus launched a virtual Republic of Gamers (ROG) academy in India to nurture local talent. According to Sinha, AMD also supports and sponsors various gaming tournaments across the country for amateur gamers. Although small town millennials are taking the game more seriously, Aggarwal laments that resources and opportunities are still limited and after a while in their careers they have to move to bigger cities.

Trinity Gaming currently manages over 250 top content creators in India such as Dynamo, Antaryami, Jonathan and Alpha Clasher who specialize as influencers for the gaming ecosystem.

“We work from several angles. We have a social media team guiding them on recent trends. We have an editing studio that helps them with the graphics. There are multiple aspects, such as non-fungible tokens (NFTs). We are also looking for new opportunities that help creators diversify monetization opportunities,” added Aggarwal.

The emergence of pro-gamers from small towns and villages can also be attributed to the changing perception of gambling.

Shafiq, for example, points to the huge shift in mindset as many parents now try to explore esports career opportunities for their children. “Until a few years ago, it was difficult to convince players or even their parents to consider gambling as a career. But things are changing,” Shafiq said.

According to Aggarwal, esports becoming a medal-winning sport at the 2022 Asian Games in China has also validated the gaming industry and changed the way parents and the older generation perceive it.

Money is another attraction. A Tier I professional player who plays for one of the top teams, for example, can win anything between ₹60,000 and ₹500,000 a month, according to Shafiq. Also, they can monetize through brand recommendations and exclusive streaming deals.