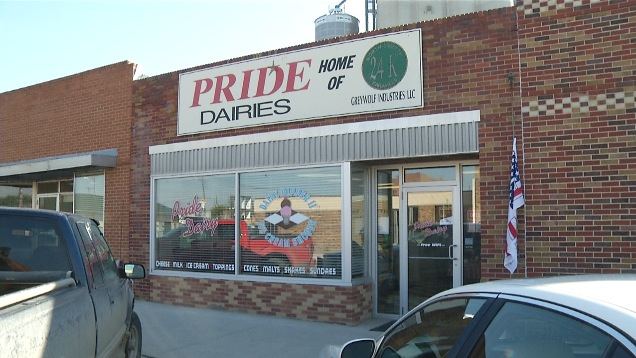 In this week’s Taste the Tradition, we visited the latest creamery in a small town North Dakota that is very successful in a national park – Pride Dairy in Bottineau.

When local dairy farmers had extra cream, they would bring it to make butter, as it was easier to travel with.

They started making ice cream in the 1940s.

Owner Kriss Allard says both of these items are still popular today.

â€œIce cream and butter make up a big chunk of our volume here at Pride Dairy,â€ Allard said.

In 2012, Jeff Beyer bought it when the company almost closed. Allard and his wife bought the creamery in 2018 and have owned it ever since.

If you want to visit the last creamery in a small town and taste some of the best ice cream in the state of North Dakota, this is the place.

â€œIt’s something we’ve been on Cheapism, we’ve been on Travel Advisor, several USA Today, a lot of different accolades and it’s just once people try it they get nothing back. other, “Allard said.

Allard said most of the clients have a common experience.

It’s even served at Mount Rushmore, and it’s the same recipe from many years ago.

While the recipes don’t change, a change is occurring in the near future, according to Allard.

â€œWe have some exciting things to come in 2022,â€ Allard said. “We’re not quite ready to reveal the secret, but I think everyone is going to be excited when they see it.”